Not a Half-Ass Groomer! 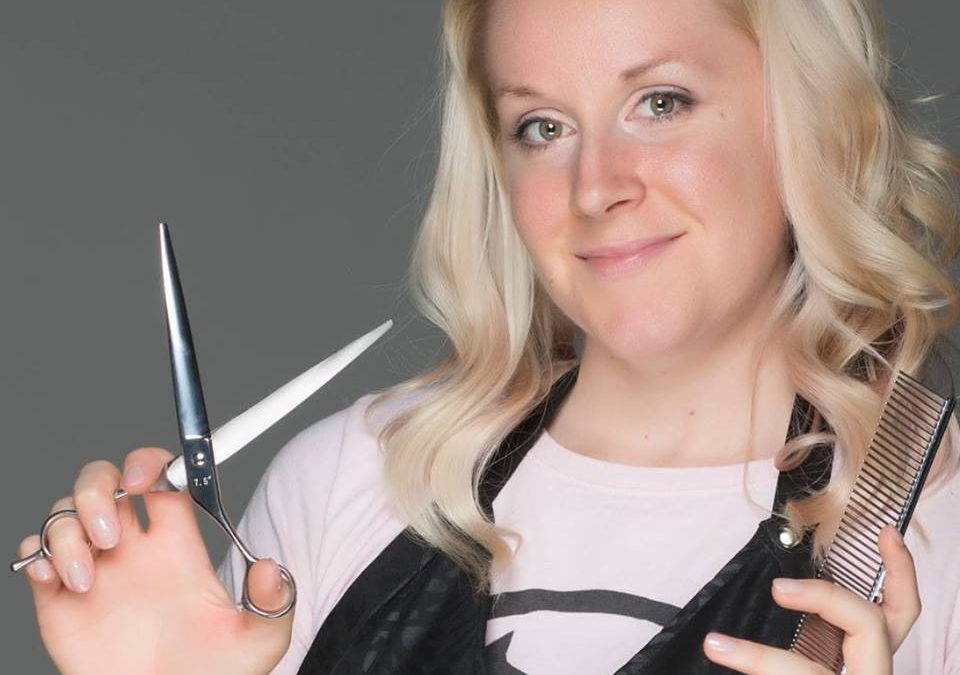 Not a Half-Ass Groomer!

I’m going to tell you a little bit about how I decided to become a CFMG.  I had never groomed a cat or had any training on cats when I took in a cat client in December 2014.  The groomer next me said it’s basically the same as grooming a dog, except you can’t put a noose around its’ neck.  I know you can imagine my face now when I look back at the moment and think about what she had said.  I was the only groomer in the mini salon when I took in the cat.  The shaving went well, but I did not know about shaving in reverse at the time.  Then it was time for a bath.  All hell broke loose out of this cat.  He wasn’t necessarily angry or hissing, but I was trying to bath him like a dog.  You better believe he eventually decided to bite me and I did not blame him!  It was a nasty bite, too.  His tooth went right through my thumb nail.  I let him dry in the kennel to calm down.  I took him out to finish the cut.  Ironically, the owner said that is the best the cat has ever looked and he was incredibly softer than he has ever felt before while she apologized profusely about him biting me.  After talking to her, I found out who the original cat groomer was and I knew for a fact she never bathed the cats she did because she told me when I worked with her.  The client wanted to know if I would be willing to groom him again.  I said yes, but I need to do some research on cat grooming.

Because none of the “cat” groomers in Minnesota were willing to teach me, I looked elsewhere.  I found the NCGI.  Long story short….. I left that salon, moved on to house-call grooming while I finished my entrepreneurship degree at my local community college, and started working with the NCGI shortly after receiving my degree.  I also maintained a part-time job to keep money flowing because house-call was not so popular around here.  In April 2017, I bought a 2002 Wag’N’Tails van.  I got it running in June and raised my prices.  I received my CFMG with the help of Melissa Hall in September and raised my cat grooming prices.

Before I became a CFMG, I had many clients that would say “just a lion cut.”  They didn’t care about the bath.  They didn’t want the bath.  They believed their cats would hate it.  I was getting tired of shaving matted cats because no one believed me when I said I could fix the matting if they would just let me give it a bath and blow dry.  “My cat cleans itself,” they would say.  “Oh, he’s a short-haired cat, so he doesn’t need grooming.”  I was also getting tired of cat clients coming to me just because their cat is matted.

Finally, after “X” amount of studying, practicing, and “X” amount of $$$ spent I received my title.  Now it was time to make some changes.  I didn’t spend “X” amount of time and money to have people tell me how to groom their cats.  I pulled up my big girl grooming pants and took no more excuses.

Client # 1:  Client # 1 has been a client for over a year.  Her kitty is a 20+ years old, white Persian, named Dutchess.  Client started coming around to the idea that regular bathing would keep Dutchess from getting pelted and was getting on a better grooming schedule.  When I sent out a message, shortly before my certification, about a price increase.  She canceled her appointment and said she’s too busy with school work at this moment.  Dutchess was 4 months overdue for her bath and blow dry before client makes a new appointment.

I put 20+ year old Dutchess into my carrier.

“She’s pretty matted Crystal,” the client says.  “Do what you have to do.  Are you going to dye her today?”

“Not today,” I replied.  In my mind I was saying “Hell No!  You don’t deserve the discount hair dye I offered you 6 months ago!”

After shaving all the matting off this rickety old kitty, I bath, blow dry, and finish the cut.  When I give the kitty back to the owner and tell her how much…. “Oh, wow,” says the client.  You better believe I charged $$$ bucks for that kitty.  As I was pulling out of the apartment parking lot I got this text from her.

“Please remind me as soon as Dutchess is due! Thank you.”

It is time to let the world know.  I am no longer a “half-ass” groomer.  Your kitty gets the proper grooming required no matter what your wants or beliefs are.  My only interest is what is best for the kitty.  My new policy for cat grooming is a bath and blow dry are required unless I do not think it is in the cats’ best interest.  Everything else is extra $.

Need help with setting up your policies?

Need help with fees and surcharges?